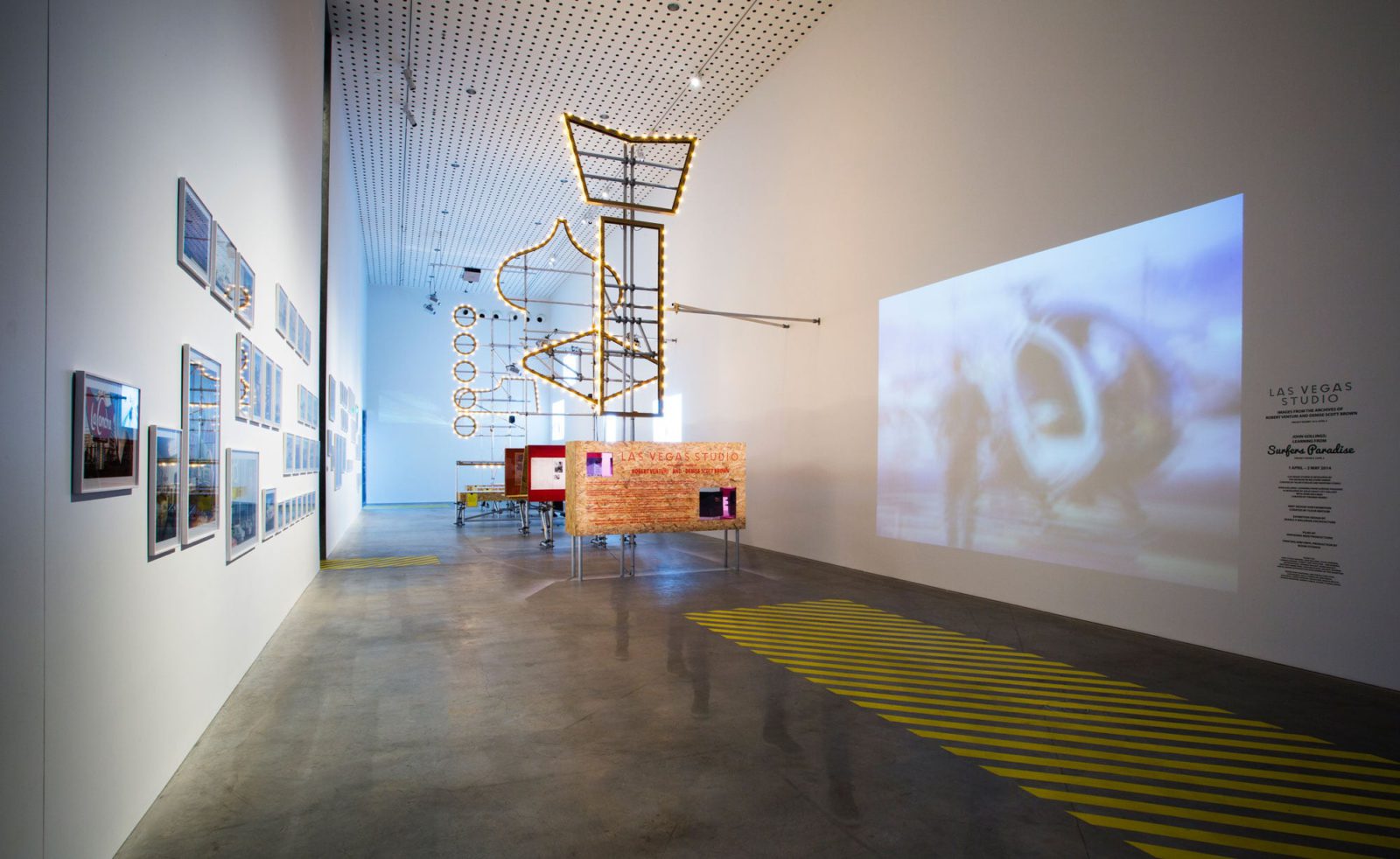 In 1968, architects Robert Venturi, Denise Scott Brown and Steven Izenour joined together with students from Yale University and took on Las Vegas as the subject of research. The group spent three weeks in libraries, four days in Los Angeles, and ten days in Las Vegas. The research led to the 1972 publication of the seminal architectural theory treatise, Learning from Las Vegas. Photography and film were employed equally as a means of argumentation and representation.

These original materials have since been stored in the archives of Venturi, Scott Brown and Associates in Philadelphia. The exhibition Las Vegas Studio: Images from the Archives of Robert Venturi and Denise Scott Brown presented the images and films that were taken during the legendary 1968 Las Vegas research trip.

Within RMIT Design Hub Gallery this archival material was presented alongside a series of video interviews, objects and ephemera collected from leading Melbourne architects that traced the influence of Venturi and Scott Brown on the development of Melbourne’s architectural culture.

In addition to Las Vegas Studio, a partner exhibition was presented on Level 3 of RMIT Design Hub. John Gollings: Learning From Surfers Paradise (1973 – 2013) was a project inspired by Learning from Las Vegas.

Lecture by Professor Martino Stierli, curator and author of Las Vegas in the Rearview Mirror: The City in Theory, Photography and Film.

Followed by a panel discussion led by Vivian Mitsogianni, Deputy Dean of Architecture and Urbanism with invited guests.

Hosted by the School of Architecture and Design

As part of the exhibition, seven commissioned video interviews discussed the influence of Venturi and Scott Brown’s thinking and texts on Melbourne’s architectural community. See link to watch the film online.